Sara Pigg Walker was born in Auckland, NZ to her missionary parents in January 1978. At the age of 6 months, her family returned to the States, where she spent her early childhood years in Old Hickory, TN and school age years in Montgomery, AL. After high school graduation, she moved to Nashville, TN. While there, she attended Lipscomb University (2000) and later received her Doctorate of Physical Therapy degree from Belmont University (2003.)  She was then employed for 7 years with STAR Physical Therapy, working in the Brentwood Clinic. However, her life changed drastically in December 2010. She was happily married to her husband, Brian, and expecting her third child to be delivered only days before Christmas. She had two, healthy boys, Camden (age 5) and Scott (age 3.) On December 6th, her wedding anniversary, Sara gave birth to her still-born daughter, Anna Elizabeth. During an unrelated medical test, just four weeks later, multiple suspicious lesions were found on her liver. And in January 2011, on her 33rd birthday, Sara was diagnosed with stage 4 colon cancer. After 16 rounds of chemotherapy and three clinical research trials, Sara’s earthly struggle with cancer ended in August of 2012, at the age of 34.

During her life, Sara had two great loves: writing and bringing souls to Jesus Christ. From January 2011 until she took her final breath, she sought to utilize her love of writing to provide encouragement to those who had their own struggles; always pointing her readers to Jesus. Through her candid blogs, Sara inspired over 700,000 website visitors and countless others. Because of her great outreach to the lost and hurting, her family and close friends established The Sara Walker Foundation in 2012 to continue to provide hope to others in her honor. Because of Him, her story continues today.

In Sara’s own words, here is how her story began:

“The first two days home from the emergency room, I lived in extreme fear and doubt; total hopelessness. Understand I was not afraid to die for myself; I know my real home is wonderful beyond my imagination. I was afraid for my boys, for Brian, for my parents and my siblings, for all of my family. And then an amazing, miraculous thing happened: for then the prayers and the love began. My blood family arrived, and their strong faith in a good and loving God lifted me up. My spiritual family, especially my current church family at Brentwood Hills and former (for lack of a better word) church family at Vaughn Park, rallied around me in a way I have never before experienced or even seen from the outside. Through those people, God made His presence known, just as he had in that hospital when we delivered and gave up our daughter Anna. My hope returned. I have all of you to thank for that. To everyone of you who have prayed, whether I know you or not, I thank you from the bottom of my heart. God is working through you.

I do not know why my story seems to have gained the attention of so many. Many of you have been faced with much more difficult trials and suffered more significant loss. But if God wants me to use this attention in this time for His glory, I will do so to the best of my ability. I don't know what His plans for my future are. What I do know right now is that He only asks me to live one day at a time, and He is holding me up and giving me the strength to live that one day. I don't have to worry about tomorrow, because He is already there, and worry just ruins today anyway. God's promises to never leave us or forsake us, are so very, very true.

Thank you for loving me, for praying for me, for caring about me.”

“My greatest hope is that, again, that no one will say ‘I lost my battle with cancer.’ I hate, HATE that phrase. Cancer will not win. Jesus will win. End of story.” 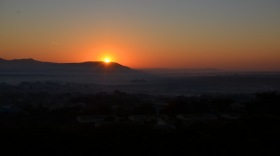 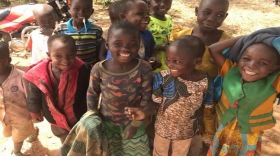 Keep me in the loop

Stay up to date with the latest news and happenings.

Thank you for registering for our newsletter.

Stay Connected With Us